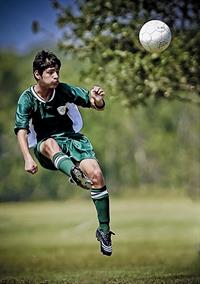 Example:
Kicking a ball
Lifting your school bag
Opening the door
Non-contact force:
A non-contact force is a force applied to an object that is not in direct contact with it.
Take a magnet and a few nails. Put the nails nearby the magnet.
What happens?
The nails get attracted by the force of the magnet. But, here, there is no physical contact between them. 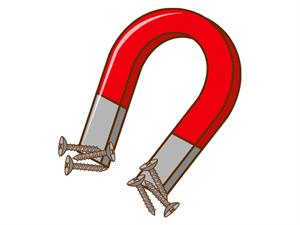 Example:
Movement of leaves by the wind
A fruit falling from the tree
Reference:
https://pixabay.com/photos/soccer-kick-kicking-ball-sport-1645780/
https://storage.needpix.com/rsynced_images/magnet-29094_1280.png
https://commons.wikimedia.org/wiki/File:Green_Imperial_Pigeon_Zizyphus_DSCN7402.jpg
Previous theory
Exit to the topic
Next theory
Send feedback
Did you find an error?
Send it to us!