AT the age of twenty-two, a former ‘scout of the year’ excited the scientific world with a new theory on how cells work. Richard H. Ebright and his college room-mate explained the theory in an article in the Proceedings of the National Academy of Science.
It was the first time this important scientific journal had ever published the work of college students. In sports, that would be like making the big leagues at the age of fifteen and hitting a home run your first time at bat. For Richard Ebright, it was the first in a long string of achievements in science and other fields. And it all started with butterflies.
An only child, Ebright grew up north of Reading, Pennsylvania. “There wasn’t much I could do there,” he said. “I certainly couldn’t play football or baseball with a team of one. But there was one thing I could do — collect things.”
Explanation:
"The Making of a Scientist" is an interesting lesson written by Robert.W.Peterson. The lesson narrates Richard H. Ebright's fascination for butterflies, which opens the world of science to him.

The lesson opens with the narrator stating that Richard H. Ebright, at the age of twenty-two, excited the scientific world with his findings. Everyone was excited because of his theory, and the theory was about how cells work. The cell is a smallest fundamental unit of a plant or animal. He is not only a scientist but also the former 'scout of the year'. The term 'scout' refers to an international movement - that intends to teach young boys and girls a spirit of loyalty, patriotism and thoughtfulness toward others.

The narrator then says that Richard and his college roommate explained the article in a journal known as 'Proceedings of the National Academy of Science'. It is a multidisciplinary scientific journal. The speciality of the journal is that if anyone's article gets published, it is considered a proud moment. Likewise, the same happened with Richard and his college roommate. Their article on how cells work was published in it.

The narrator then says that a college student's article was published in the journal was the first time. Usually, scientists, researchers, and important personalities' work will be published in scientific journals. The narrator then compares Richard's achievement with baseball. Baseball is the most significant popular sport and the national game in the USA. In such a game, if a fifteen-year-old boy gets the chance to play and hit a home run, what would be his mindset. A home run is a ball hit out of the playing field. Getting an article published in a scientific publication at fifteen is comparable to hitting a home run at the first bat.

The narrator then mentions that the publication of Ebright and his roommate's article in the journal was one of Richard Ebright's numerous accomplishments in science and other fields. He also said that his achievements and findings started with his interest in butterflies. 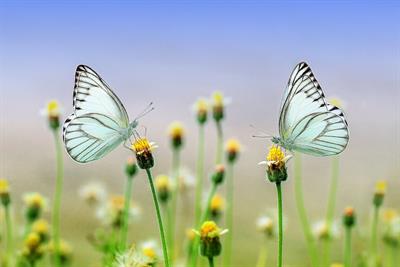 Butterflies
The narrator then says that Ebright was the only child of his parents. He grew up in Pennsylvania, which was on the northern side of Reading (name of a place). As Richard had no friends or siblings, he could not play baseball or football during his childhood. Richard then said that he could only do one thing by himself. It was collecting things because he didn't have any companions with whom he could play football or baseball. This demonstrates that his lonely youth influenced his desire to gather things.
Meanings of the difficult words:
Reference:
National Council of Educational Research and Training (2007). The Making of a Scientist- Robert W. Peterson(pp. 32-38). Published at the Publication Division by the Secretary, National Council of Educational Research and Training, Sri Aurobindo Marg, New Delhi.
Previous theory
Exit to the topic
Next theory
Send feedback
Did you find an error?
Send it to us!