“I expect it was the spaniel,” said the niece calmly. “He told me he had a horror of dogs. He was once hunted into a cemetery somewhere on the banks of the Ganges by a pack of dogs, and had to spend the night in a newly dug grave with the creatures snarling and grinning and foaming just above him. Enough to make anyone lose their nerve.”
Romance at short notice was her speciality.
Explanation:
As we reach the end of the story, Vera begins a new one. She justifies Mr Nuttel's behaviour by stating that the spaniel had caused him to run away. She further spins her yard by claiming that Mr Nuttel had confessed to her that he had a great fear of dogs.

According to Vera's story, Mr Nuttel faced a gruesome experience when he was in India. Once, he had a pack of dogs chase him into a cemetery near the banks of the river Ganges. Unfortunately, he then had to spend the night in a freshly dug grave with all those dogs snarling, growling, and foaming just above him. The phrase "snarling and grinning and foaming" emphasises the ferociousness and monstrous state the dogs were in. They were so wild that they would have instantly shredded Mr Nuttel into pieces. Finally, she ends her narrative by providing her point of view. She states that such a terrifying experience is "enough to make anyone lose their nerve". 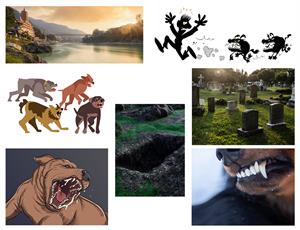 Vera's second story
If you had observed, Vera could easily create such vivid images, through which she would capture and enslave her audience. The convincing context makes it easier for the ignorant audience to believe in her story. The ending of her story contains her point of view, and she makes it a point that there is no room for doubt or thought. In the end, she makes a perfect fool of her audience!

When you consider her first tale that was narrated to Mr Nuttel, you can see how she picked the available details from his life and had misused the information while presenting the story. For instance, she set her story during a time when Mr Nuttel's sister wasn’t around. She was also clever to point it out to Mr Nuttel to avoid any questions over the credibility of her story. Moreover, she knew that he was a stranger to the country and knew no one around. This was also important to her story because she wanted to make sure that he had no contact in the country.
Furthermore, she also timed her story so that it ended before Mrs Sappleton had entered the room. Later, when Mrs Sappleton announced that the men had arrived, Vera kept up her act and put on an expression that suggested "dazed horror". Also, she never budged even when she saw Mr Nuttel dashing out. However, despite knowing that she is the real reason behind Mr Nuttel's departure, she decided to spin another story filled with lies.

It is unnerving to think that a seemingly harmless and calm girl such as Vera could be capable of committing a crime without even the slightest wink.

The narrator finally ends "The Open Window" by stating that 'romance at short notice was Vera's speciality'. Please be aware that the word "romance" here doesn't have any relation to the word "love". Instead, it refers to a heroic, adventurous, or mysterious story which may not be credible. So, according to the narrator's verdict, Vera's true talent lies in her ability to create a story in a matter of a very short time.

Yes, Vera is indeed gifted with her creative mind. However, what she lacks is a conscience, a moral sense of right and wrong. 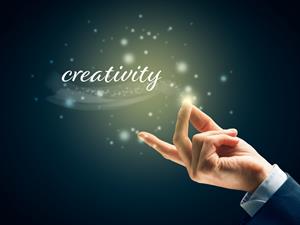