Becky Thatcher, his friend, had stopped coming to school. This disturbed Tom. He became unhappy. The charm of life was gone; there was nothing but boredom left. He put his hoop away, and his bat; there was no joy in them anymore and so his aunt Polly was concerned. She was infatuated with patent medicines and all new methods of producing health or mending it. She was an incurable experimenter in these things.
She began to try all manners of remedies on Tom. The water treatment was new, now, and Tom’s low condition was a windfall to her. She had him out at daylight every morning, stood by him up in the wood-shed and drowned him in cold water; then she rubbed him hard down with a towel like a file; then she rolled him up in a wet sheet and put him away under blankets.
Yet not withstanding all this, the boy grew more and more sad and pale and dejected. She added hot baths, sitz baths, shower baths, and plunges. The boy remained bored. She began to assist the water with a slim oatmeal diet and blister-plasters. She calculated his capacity and fi lled him up every day with quack cure-alls. He became fed up and so he thought over various plans of relief, and finally hit upon that of professing to be fond of pain-killer. He asked for it so often that he became a nuisance, and his aunt ended by telling him to help himself and quit bothering her.
She found that the medicine did really diminish, but it did not occur to her that the boy was mending the health of a crack in the sitting room floor with it.
One day Tom was in the act of dosing the crack when his aunt’s cat Peter came along purring, eyeing the teaspoon greedily, and begging for a taste. Tom said, ‘Don’t ask for it unless you want it, Peter’.
But Peter signified that he did want it.
‘You better make sure.’
Peter was sure.
Explanation:
Tow Sawyer was disturbed and not happy as his friend Becky Thatcher stopped coming to school. He left with boredom, and all his happiness vanished in his life. Tom's aunt Polly was worried about him as he even stopped playing with his hoop and hat. She was experimenting with patent medicines and all new methods of improving health.

Tom Sawyer remained bored.
She tried all types of medicines on Tom. The new kind of cure named water treatment came into the market, and aunt Polly tried to use it on Tom based on his condition. The treatment was like Tom was out every morning in the sunlight and aunt Polly stood beside him in the shed made of wood, and she drowned Tom in cold water and later rubbed him hard with a towel like a file. Then aunt Polly rolled him up in the wet sheet and covered him under blankets. 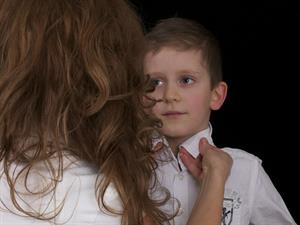 Aunt Polly worried about Tom.
Tom didn't respond to the treatment and became more and more disappointed. He became more sad, depressed and pale. Aunt Polly tried many things on Tom like hot baths, sitz baths, shower baths and plunges, but all went in vain. She started a new treatment by adding water with slim oatmeal diet and blister-plasters to reduce the blisters. She approximately understood his capacity to tolerate things and provided him every day with all the cures which she can think of. Tom was totally vexed, so he thought of plans to relieve himself and acted as if he likes the pain killer. He started asking for it often so, Aunt was irritated and asked him to take care of himself and not to bother her.
Polly could see that the medicines are reducing; that means Tom has it often, but she could not imagine that the boy is playing with his health.
One day when Tom was taking medicine, aunt's cat came forward, making the sound and looking at the spoon of medicine and was eager to taste it. Tom was talking to the cat named Peter saying not to ask for the medicine unless he needs it. Peter acted as if he wanted it. Tom asked again to make sure, but Peter insisted.
Meanings of difficult words:
Reference:
State Council of Educational Research and Training (2019). Term-2 English Standard-9. The Cat and the Pain-Killer--(An Extract from The Adventures of Tom Sawyer) Mark Twain pp. 112-115). Published by the Tamil Nadu Textbook and Educational Services Corporation.
Previous theory
Exit to the topic
Next theory
Send feedback
Did you find an error?
Send it to us!