Capturing Sun's image
Important!
Perform the following activity in the sunlight. You can look at the image of the sun only when it is reflected on the screen or a wall. But, never look at the sun as it will damage your eyes. Observation
The bright spot seen on the sheet is the sun's image formed on a screen (a white paper). Here, it is a highly diminished real image since it is formed on a screen.
When the object (sun) is at a greater distance from the mirror, the image formed will be real, inverted and smaller in size than the object.
Image formed by a concave mirror at a closer distance
1. A concave mirror is fixed on a stand for support and placed on the table.
2. A cardboard sheet of \({15\ cm} \times{10\ cm}\) is taken, and a white sheet is pasted on it. This sheet will act as a screen.
3. A candle is lighted and placed at a distance of about \(50\ cm\) from the concave mirror.
4. The candle's position is adjusted to obtain a clear, sharp image of the flame on the screen.
5. Note that the screen should not obstruct the candlelight falling on the mirror.
6. Now, the image formed will be real, inverted and slightly magnified.

7. As the candle is moved close towards the mirror, a larger magnified inverted image is obtained on the screen.

8. The image will be virtual, erect and highly magnified when the object is kept closer to the mirror.

The candle experiment shows that the image formed by a concave mirror can be smaller or larger than the object. It may also be real or virtual, depending on the distance of the object.
Use of concave mirrors
1. ENT doctors and ophthalmologists use concave mirrors for examining eyes, ears, nose and throat.
2. Dentists use these mirrors to see an enlarged image of the teeth. 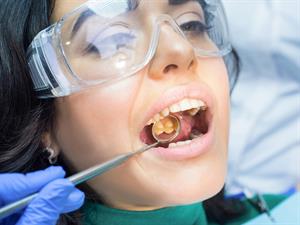 3. Reflectors of torches, headlights of cars and scooters use concave mirrors. 5. They are also used in solar furnaces or ovens for cooking. 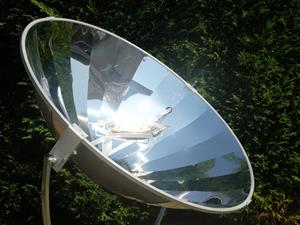