Specific ways of preventing the immune system:
The ways that relate to a particular property of the immune system, which usually fights off microbial infections, are known as the specific ways.
In these cases, the microbes that cause infection are known as antigens. Once upon a time, smallpox was an epidemic during which the people used to be very afraid of coming near the people suffering from this disease as they were fearful of catching the disease.
But among this, some people did not have this fear and were providing nursing care for the victims of smallpox. These people has smallpox earlier and survived it. This means that once a person has smallpox, there is no chance for that person to suffer from it again. This is because of the immune system which remembers the antigen specifically and fights against it more effectively when the antigen re-enters the body. During this, the infection is eliminated even more quickly than the first time. This is the basic principle of immunisation.
Immunisation:
The traditional Indian and Chinese medicinal systems deliberately rubbed the skin crusts from smallpox victims into the skin of healthy people hoping that it induces a mild form of smallpox that would create resistance against the disease.
The famous scientist Edward Jenner realised two centuries ago that the milkmaids who had had cowpox (a very mild disease) did not catch smallpox even during epidemics. Jenner purposefully tried to give cowpox to people, as seen in the picture below and noticed that they were now
resistant to smallpox. Edward Jenner vaccinating a child
This is because the smallpox virus is closely related to the cowpox virus. The word 'cow' refers to 'vacca' in Latin, and cowpox is 'vaccinia'. These terms finally lead to the usage of the word vaccination.
A specific method used to strengthen the immune system to prevent the disease is known as vaccination.
From this, we can see that as a general principle we can 'fool' the immune system into developing a memory for a particular infection by introducing an agent that mimics the microbe which has to be vaccinated against. During this, the disease does not come into prevalence, but instead, it prevents any subsequent exposure to the infecting microbe from turning into the actual disease.
The agents similar to the disease-causing agents, but when it enters the body, it stimulates the immune system to prevent the body from getting infected by the actual disease, are known as vaccines.
Till today there are many such vaccines available for preventing a whole range of infectious diseases and providing a disease-specific means of prevention. There are vaccines against tetanus, diphtheria, whooping cough, measles, polio and many others that form the public health programme of childhood immunisation for preventing infectious diseases. But these measures are useful only to the children for whom they are available. 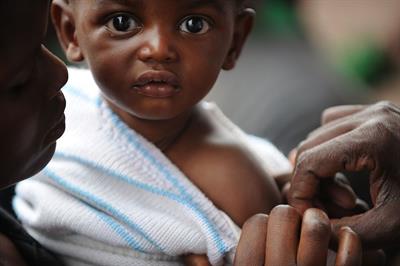 Vaccinating a child
Certain hepatitis viruses that cause jaundice are transmitted through water. But there is a vaccine for only one of them, such as hepatitis A in the market. But most of the children in the various parts of India are already immune to hepatitis A by the time they are five years old as they are exposed to the virus through water.
Today, vaccines are available for enhancing the immune system against various diseases such as polio, chickenpox and measles.
Vaccination table: Reference:
https://upload.wikimedia.org/wikipedia/commons/thumb/f/f0/Child_vaccine.jpg/1024px-Child_vaccine.jpg
https://upload.wikimedia.org/wikipedia/commons/thumb/5/5c/Edward_Jenner_vaccinating_a_boy._Oil_painting_by_E.-E._Hille_Wellcome_L0029094.jpg/1024px-Edward_Jenner_vaccinating_a_boy._Oil_painting_by_E.-E._Hille_Wellcome_L0029094.jpg
Previous theory
Exit to the topic
Next theory
Send feedback
Did you find an error?
Send it to us!