3. Types of chromosomes based on the centromere 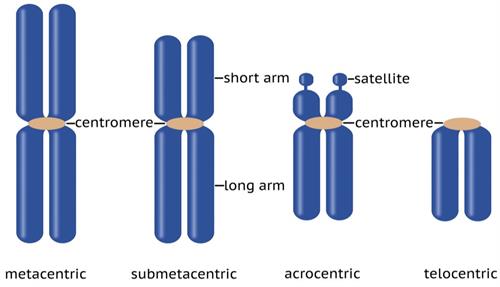 Human chromosomes - Autosomes and allosomes
1. Autosomes
Genes in autosomes determine somatic (body) characteristics. The number of autosomes in males and females is the same.
2. Allosomes
Chromosomes called allosomes are responsible for determining an individual's sex. They are also called sexchromosomes or hetero-chromosomes. They are of two types viz., \(X\) and \(Y\) chromosomes.
A human male has one \(X\) and one \(Y\) chromosome, while a female has two\(X\) chromosomes.
Previous theory
Exit to the topic
Next theory
Send feedback
Did you find an error?
Send it to us!