The two big ideas:
Chemistry depends on these two ideas, which accelerated huge inventions in these fields.

1. Everything in this universe is made of matter.

2. Atoms are the simplest particles of an element that cannot be broken down in a chemical reaction.
Important!
If you're wondering how scientists come up with these ideas, well, that is a big story.
It all began with ancient Greek.
Ancient Indian and Greek philosophers (around \(750\)BC – 150BC) have always wondered about the unknown and unseen form of matter. The idea of divisibility of matter was considered long back in India, around \(500\)BC.
An Indian philosopher Maharishi Kanad proposed that if we go on dividing matter (Padarth), we shall get smaller and smaller particles. So, he named these particles 'Parmanu'.
The indivisible atoms:
Around the same period, ancient Greek philosophers – Democritus and Leucippus suggested that, if we go on dividing particle, at a particular stage, the particles cannot be divided further. Democritus called these indivisible particles 'atoms' (meaning indivisible). 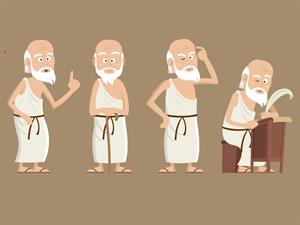 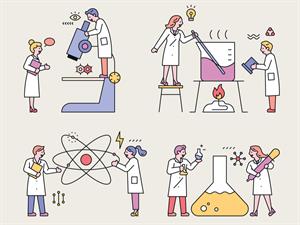 Modern scientists have experimented that atoms can be divided into small parts, such as electron, proton, and neutron. 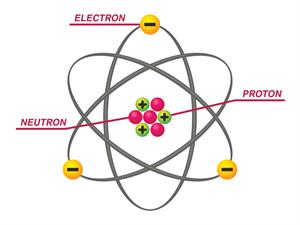 Atoms
We will learn about this particle in higher classes. In this chapter, we will look into atoms and molecules.
Exit to the topic
Next theory
Send feedback
Did you find an error?
Send it to us!