The term "monuments" refers to temples, palaces, mosques, tombs, forts, minars, and minarets as a group.
The Sultans of Delhi pioneered a new architectural style. The key features of the temples they designed were arches, domes, and minarets. The  inscriptions of such monuments contain a wealth of details that can be used to piece together history. The medieval Khajuraho monuments in Madhya Pradesh and temples in Konark (Odisha) and Dilwara (Mt.Abu, Rajasthan) are important sources for understanding northern India's religion-centred cultural evolution. 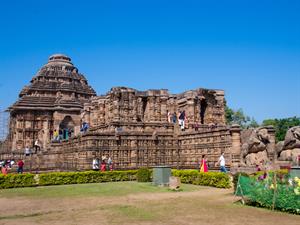 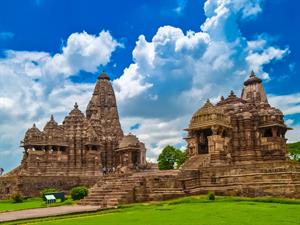 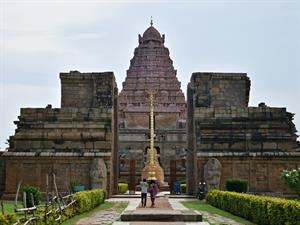 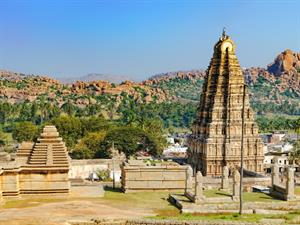 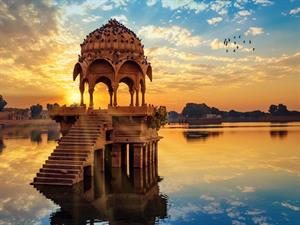 Ancient architecture ruins at Gadi Sagar lake, Jaipur
Other notable institutions recognised as valuable sources of knowledge include the Qutb Minar and Alai-Darwaza and the tombs of Iltutmish, Balban, and all the Mughal rulers. Cities in ruins like Firozabad and Tughlaqabad in north India, and Hampi in South India, are rich repositories of medieval India's history.
Reference:
Konark Sun temple, Odisha - Abhishek Sah Photography / Shutterstock.com
Previous theory
Exit to the topic
Next theory
Send feedback
Did you find an error?
Send it to us!