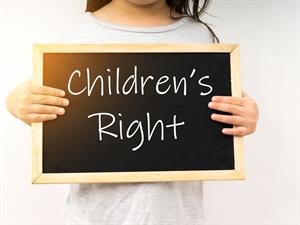 Child Rights
The convention calls anyone under the age of \(18\) as a child, and they will be protected under this convention. The UNCRC is signed by \(196\) countries.
USA: The United States of America is the only big democratic country that is yet to ratify the Convention on Child Rights.
The UNCRC has listed \(40\) such rights entitled to the children under the convention. Some of the most important rights are discussed below.
Indian Constitution and Child rights:
The Indian Constitution had adopted certain provisions that guarantee Children's rights. Provisions that enable child rights are given below.
Article \(24\): Prohibits employment of children under the age of \(14\) in hazardous working conditions.
Article \(39 (f)\): The Children are given facilities and opportunities to develop healthy lifestyle..
Article \(45\): The State shall provide early childhood care and basic education for up to \(6\) years.
In the year \(1979\): The United Nations Organisation had declared \(1979\) as the International year of the Children.
Right to Education: 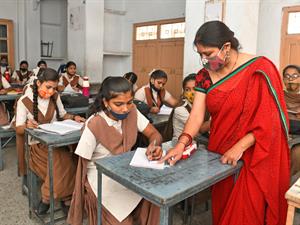 Children with Disability
The Constitution of India guarantees the education of a child under “Article \(21 A\)” of the Fundamental Rights. The provision provides “Free and compulsory education” to a child between \(6\)-\(14\) years.
\(86^{th}\) Amendment: The provision of “Free education for all” was achieved by this amendment which was hailed as the “New dawn of the second revolution” in the chapter of rights of the citizen.
The “Right to Education Act of \(2009\) (RTE)”, provides free and compulsory education for a child with full-time Elementary education in a formal school with satisfying quality.
The Child Labour (Prohibition and Regulation Act) – \(1986\):
This legislation enacted by the Indian Parliament states that the “Employment of Children under the  \(15\) age in the certain establishment is prohibited”. This legislation was enacted to eradicate the social issue of Child Labour.
The Juvenile Justice Act (Care and Protection of Children) – \(2000\):
This legislation was enacted to reform and befriend the Children who conflict with the law. Also, children who are deprived of proper care, protection are looked after by adopting a child-friendly approach.
POCSO Act \(2012\):
The “POCSO Act (Protection Of Children from Sexual Offences Act)” which was enacted in the year \(2012\) is a gender-neutral act that gives protection to both male and female children from crimes like sexual exploitation.
Reference:
Children with Disability- SumitSaraswat / Shutterstock
Previous theory
Exit to the topic
Next theory
Send feedback
Did you find an error?
Send it to us!