1. An Overview of Public and Private Sectors Agrarian Economy
Indian economy before independence solely relied on Agriculture, and the country was known as the “Agrarian economy”. The two World Wars and the reckless policies of the British had cast severe damages on the indigenous economy.
As a result of the ill-conceived policies, India grappled with “Unemployment, famine, poverty and illiteracy”. It is because of this precarious condition of the country the Indian leaders took a pragmatic approach to rebuild the state.
New Chapter in Indian Economy: 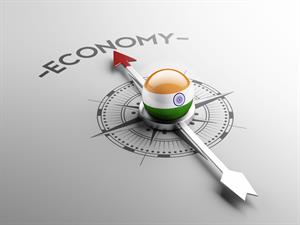 Indian Economy
Post-Independence, the statesman of the country drew a charter for perfect recovery of the Economy from the clutches of crisis. The leaders of India planned to adopt a “Socialist” form of economy.
Socialist Economy: In a Socialist economy, the property of the country is owned by the Public authority and prices are determined by the Central planning authority.
This economic system functions under the principle in which, the government determines which products are to be manufactured according to the need of the society. Every aspect of the system is controlled by the Central government.
Mixed Economy: The mixed economy is a phenomenon in which both the public and private sectors work in tandem with each other. This system is also known as the “Dual economic system”.
India slowly adopted the concept of a Mixed economy, which they believed would aid in the speedy recovery of the country’s economy. The system also maintains a balance between the public and private sectors.
Another reason for adopting this system, it eliminates the plaguing issues of poverty and unemployment and maximizes social welfare.
Public and Private Sector:
The Industries, companies and other working establishments are equally owned by the Public and private sectors.
Public Sector: If the government of a company owns the establishment, then the company comes under Public Sector. The Public sector trickles down growth for the entire nation.
Private Sector: If a private or individual entity owns the company or industry, it comes under the Private Sector. This sector enables the growth of an individual company that functions on the motive of profit.
Some of the basic examples of the public and private sectors are given below.