Gokhale
He was an astute political leader and social reformer who took part in the Indian national movements and contributed significantly to the development of society through his speech and writing.
Gokhale was a great supporter of education, which he firmly believed was a significant tool to fight against the ignorance and the social evils present in society.
Gokhale: He was one of the greatest political leaders to decorate the legislative assembly who was famous for his budget speeches against the British. Mahatma Gandhi considered him his “political guru”.
He was the secretary of the Deccan education society, which played a pivotal role in educating the downtrodden people.
The Servants of India Society in \(1905\) was started by him, which mainly focused on the education of women and girls.
M.G. Ranade
He was a social reformer from Maharashtra who gave stellar importance to women education and widow remarriage. 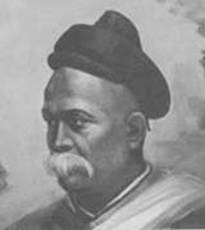 M.G. Ranade
Ramabai was his wife. Ranade educated his wife, who went on to become a doctor. She also formed “Seva Sadan” which pioneered women rights.
\(1869\): Maha Govind Ranade formed the “Widow Remarriage Association in \(1869\)”. He fought vociferously for the rights of women and their marriage rights post their husband’s death.
A new socio-political body named “Poona Sarvajanik Sabha” was also established by Ranade, which carried out the downtrodden's upliftment and undertook political reforms simultaneously.
National Social Conference: M.G. Ranade formed this association in \(1887\) which carried the ideals of reforms against child marriage, caste restrictions etc.
B.M. Malabari He was a trader, owner of a spice shop and a journalist who traded mainly in the coasts of Malabar, which earned him the Sobriquet “Malabari”.
In \(1884\), he issued a pamphlet regarding the abolition of Child marriage which he appealed to the government.
He also established a Humanitarian Organisation named “Seva Sadan” in \(1885\), which looked after the welfare of destitute women.
E.V.R. Periyar:
He was one of the few male leaders and radicalise in Tamil Nadu who voiced their opinion against the ills plaguing the Women. E.V.R. Periyar
His core principle was emancipation for women and self-respect, for which he fought through his entire life.
He also fought against child marriage and staunchly supported Widow remarriage, Women and Girls Education and inter-caste marriages.
Reference:
Gokhale - Wiki commons
MG Ranade - Wikipedia
B.M. Malabari - Wikipedia
Previous theory
Exit to the topic
Next theory
Send feedback
Did you find an error?
Send it to us!