Waves
Compared to other movements of ocean water, waves are considered to be the strongest. Waves are mainly caused by surface wind. The height of the waves is determined by the speed of the wind, duration and the direction from which it blows. Sometimes waves are also caused by the underwater Earthquake. These waves may reach up to \(30m \)in height, causing severe destruction to coastal regions. These waves are called Tsunami. 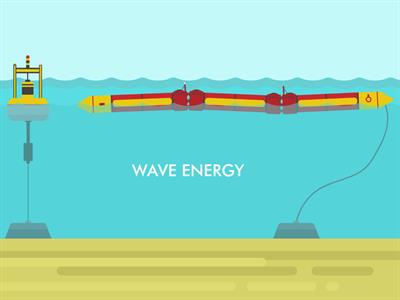 Waves are used as a source of renewable energy. The falling wave's energy is used to drive the turbine to generate power. Wave energy power plants have been installed at Vizhinjam on the Kerala coast and Andaman and Nicobar islands of India.
Tides
Unlike waves, tides are created by the gravitational effect of the Sun and Moon on earth. Tides are broadly classified as spring and neap tides.
The periodic rise and fall of seawater due to the gravitational pull of the sun and moon on earth are called tides.
Spring tides occur on the full moon and new moon days when the sun, moon and earth will be aligned in a straight line. This strengthens the gravity pull on the earth, in turn giving rise to a higher tide.
Neap tides occur when the sun, moon are at right angles. At this position, the gravity exerted on earth is counteracted, i.e. worked against each other, causing a low tide called a neap tide. A neap tide occurs between two spring tides (seven days after a spring tide), i.e., twice in a month, when the first and last quarter moon appears.
Previous theory
Exit to the topic
Next theory
Send feedback
Did you find an error?
Send it to us!