The Last Days of the Abbasid dynasty:
Harun –al-Rashid was the last greatest ruler of the Abbasid empire, whose period witnessed great transformations in the governance of the dynasty. Post his death, the dynasty witnessed numerous battles for the succession of power.
The final assault on the dynasty was given by the Turkish generals who assassinated Al-Mutawakkil the successor of Harun. Thus, the Abbasids rule was put to an end by the Seljuq Turks who took over Baghdad, the capital of Abbasids.
The Rise of Seljuq Turks:
1. The Seljuq Turks are Sunni Muslims who ruled the parts of the Middle East and Central Asia. They are nomadic warriors by birth.
2. During their conquest, they defeated the army of Constantinople and proved to be a great threat to the eastern European empires. 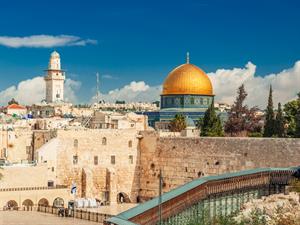 The Holy City of Jerusalem
The City of Jerusalem was under the control of Seljuks, who troubled the people of Christian sects when they visited their holy site.
Jerusalem : Located in the Middle East city of Modern Israel, between the Dead Sea and the Mediterranean Sea. It is considered the epicenter of Judaism and Christianity.
The Crusades VS The Seljuks:
The tussle between the Seljuks and the Christians when the Seljuks hindered the religious processions of the Christians in Jerusalem. By that time, the Seljuk empire was also an external threat from the Fatimids.
Fatimids: They ruled the areas of North Africa and the Middle East, who captured the lands of Palestine from the Seljuks. The dynasty took their name from the name “Fatima” the mother of Prophet Muhammad.
The Pope, the religious head of the Christian people around the world, called for a unified fight against the Seljuks to restore the glory of Christianity. The tussle between the Christianity Sect and the Islam empires are known as the “Crusade Wars”.
First Crusade War \((1095- 1099)\):
The People of Christianity marched towards Anatolia, the seat of Seljuq Turks. They waged bloody wars, which ended in the fall of the capital city of the Seljuks and the Christian army took over the control of it. The Crusade Wars
Second Crusade War \((1147- 1149)\):
The Turkish forces regrouped for a payback on the warring Crusade army, united by the forces of Damascus Prince and the ruler of Mosul “Nur-al-din”. The combined Islamic forces handed a crushing defeat to the Crusades, and thus the second war came to an end.
The Mongol invasion and the Fall of Seljuks:
Numerous Crusade wars were held for a brief period spanning for \(\text{200 years}\). Even at the end of this struggle, the Crusades failed to capture Jerusalem, which was under the control of Turks for close to seven centuries.

Withered down by the continuous wars against the Crusades, the Seljuq Turks empire became weak on political and economic fronts.
This opportunity was used by the Mongol Empire of East Asia, who invaded and ended the Seljuk empire under the mighty "Genghis Khan" invaded and ended the Seljuk empire.
Previous theory
Exit to the topic
Next theory
Send feedback
Did you find an error?
Send it to us!