Suddenly, suddenly they heard a nasty sound,
And Mustard growled, and they all looked around.
Meowch! cried Ink, and ooh! cried Belinda,
For there was a pirate, climbing in the winda.
Pistol in his left hand, pistol in his right,
And he held in his teeth a cutlass bright,
His beard was black, one leg was wood;
It was clear that the pirate meant no good.
Explanation:
There is a saying, 'What goes around, comes around.' People do not think of the consequences of making fun of or teasing other people. To some extent, it can hurt them. Every creature born in this world has one flaw or the other, as no one is perfect. We may tease someone for being a coward, but there might come a time when we need their help. We may tease someone for being poor in English, but they can be the best cricketers or musicians. Also, a person who is a coward may not be the same throughout life. There comes a point in all our lives when we will have to move out of our comfort zone and act bravely.
Custard, the dragon, also had a similar situation. When Belinda and her other pets were laughing and making fun of Custard, they did not pay attention to what was happening around them. This is another negative side of teasing, as we always tend to focus on finding other people's flaws but do not pay attention to our own life or external circumstances. Similarly, Belinda and her pets did not notice someone entering the house. They heard a sound all of a sudden. It was not a pleasant sound but a nasty noise. Dogs tend to sense danger and negative vibes earlier, and therefore Mustard growls deeply. This made everyone look up, seeing a pirate climbing from the window. Ink being a cat, cried meowch and Belinda was scared as she cried out 'ooh'. A pirate
Pirates are dangerous people as they loot and harm people. They are mostly seen in the sea. Belinda and her pets are scared that they could be harmed. The pirate's descriptions make it even scarier. He has a pistol in his left hand and his right hand. He could shoot at any of them to get their valuables. He held a long slashing sword in between his teeth since his hands were occupied. He had a black beard, and he had a wooden leg. This seems to be a common description of a pirate as most of them have a patch on one eye and a wooden leg, as they were part of a lot of commotions in the sea. Anyone who saw the pirate could see that he was up to no good. 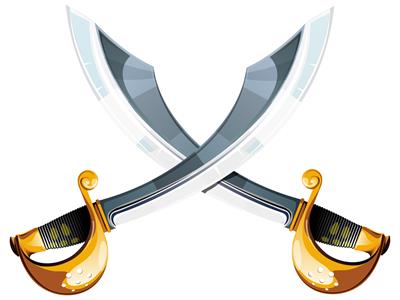