Ramlal had seven children — three sons and four daughters, and the youngest of them was Bholi. It was a prosperous farmer’s household and there was plenty to eat and drink. All the children except Bholi were healthy and strong. The sons had been sent to the city to study in schools and later in colleges. Of the daughters, Radha, the eldest, had already been married. The second daughter Mangla’s marriage had also been settled, and when that was done, Ramlal would think of the third, Champa. They were good-looking, healthy girls, and it was not difficult to find bridegrooms for them.
But Ramlal was worried about Bholi. She had neither good looks nor intelligence.
Bholi was seven years old when Mangla was married. The same year a primary school for girls was opened in their village. The Tehsildar sahib came to perform its opening ceremony. He said to Ramlal, “As a revenue official you are the representative of the government in the village and so you must set an example to the villagers. You must send your daughters to school.”
Explanation:
The narrator then describes Bholi's father, Ramlal. He had seven children. Among the seven, three of them were sons, and four of them were daughters. Bholi was the youngest and the last child of the seven children. As the farmer's family was wealthy, there was a lot of food to eat and drink. The narrator then says that except for Bholi, all the children in the family look healthy and robust. 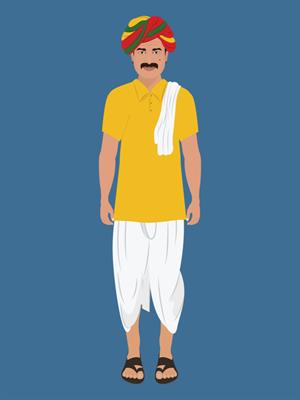 The narrator then says that all the sons in Ramlal's house were sent to the city to complete their schooling. After finishing their schooling, they were sent out to pursue their degrees. Among the four daughters, Radha was the eldest and had been married to someone already. After arranging the marriage of his second daughter, Mangla, Ramlal turned his attention to his third daughter, Champa. In addition, those three girls look beautiful and healthy, and they have no difficulty finding bridegrooms. But the father was much worried about Bholi. She was not good-looking, and she lacked intelligence. As his three daughters were beautiful, he had a notion of finding bridegrooms quickly, but while considering Bholi, he had a negative thought. It shows the societal thought of his father.

Bholi was seven years old when her sister Mangala was married. That same year, a primary school was opened for girls in their village. The Tehsildar (district collector) visited to inaugurate the primary school. 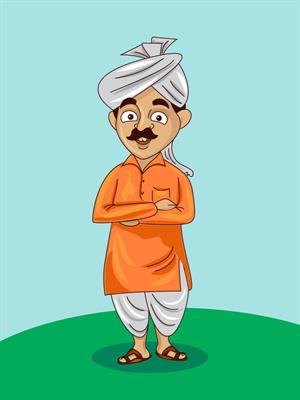 Village Tehsildar
Tehsildar then asked Ramlal to send his daughters to school. He asked him to do it because, as he was the revenue official, his act of sending his daughters to school would set an example for the villagers.
Meanings of the difficult words:
Reference:
National Council of Educational Research and Training (2007). Bholi - K.A. Abbas (pp. 54-62). Published at the Publication Division by the Secretary, National Council of Educational Research and Training, Sri Aurobindo Marg, New Delhi.
Previous theory
Exit to the topic
Next theory
Send feedback
Did you find an error?
Send it to us!