“Fairly. But they are not as careful as I shall be when it is my turn. Those that have been blind already are the best helpers. It’s perfectly ghastly not to see. I wish you’d try.” “Shall I lead you anywhere?” I asked.

“Oh, yes”, she said. “Let’s go for a little walk. Only you must tell me about things. I shall be so glad when today is over. The other bad days can’t be half as bad is this. Having a leg tied up and hopping about on a crutch is almost fun, I guess. Having an arm tied up is a bit more troublesome, because you can’t eat without help, and things like that. I don’t think I’ll mind being deaf for a day—at least not much. But being blind is so frightening. My head aches all the time just from worrying that I’ll get hurt. Where are we now?”
Explanation:
In the previous paragraph, the narrator had asked the girl whether the helpers were kind and friendly. The girl responds by saying that they were moderately good. It is not that they were bad, but simply that they weren't as good as they should be.

Helpers don't understand the needs of the special-day students
The \(14\)th paragraph is important because it shows us how the system has made an impact on the kids. For instance, the girl says that she will be a better helper when her opportunity comes. It is so because she realises how terrible and scary it is to be blind. Students should understand the problems of the less fortunate people
Speaking of the girl's experiences with the special days, she says that she finds the blind day more difficult. 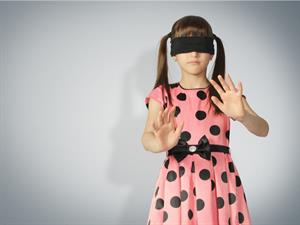 The girl hates the blind day the most
She experiences headaches during her blind day because she keeps worrying that she may get hurt at any moment. 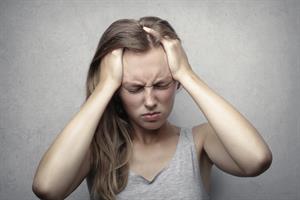 The girl gets a headache during the blind days
Comparing it with the other days, she feels that all the other "bad days" are relatively fun and easier. Lame day is, by far, her favourite because she could hop around.

Lame day is fun because she could hop around
On the other hand, she wouldn't mind being deaf. But, when the injured day is concerned, she calls it a bit "troublesome" because she wouldn't it be able to use her hands. 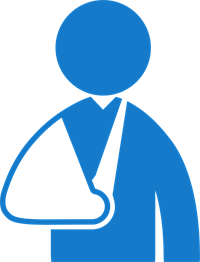 Injured day is troublesome because she won't be able to use her hands
The adjective "bad" in the "bad days" may mean either of the two things:

1. It is bad because the days are unbearable to her.
or
2. It is a general term given by the school to signify the real sufferings of the unfortunate people.

The girl also gives us an idea as to what the other days are like. We know that the eyes are bandaged during the blind days. Blind day
And on the dumb days, the students are made to live through a day without speaking.

Dumb day
However, we had never learned what happens during the other three days. Yet, the girl gives us a glimpse of those days in \(15\)th paragraph.

During the lame day, the students will tie their legs up and will move around using crutches.

Lame day
When it is the injured day, the students are required to tie their arms up, probably using an arm sling.

Injured day
However, during their deaf day, they will have to spend their day without hearing anything.

Deaf day
Later, the narrator and the girl decided to take a walk around the school. While walking, the girl asked the narrator to describe the things that he could see around him.
Meanings of difficult words:
Reference:
National Council of Educational Research and Training (2006). Honeysuckle. A Different Kind of School - E. V. Lucas (pp. 56-62). Published at the Publication Division by the Secretary, National Council of Educational Research and Training, Sri Aurobindo Marg, New Delhi.
Previous theory
Exit to the topic
Next theory
Send feedback
Did you find an error?
Send it to us!