But the queerest thing is that not one of the same
Can be brought to acknowledge his family name;
For never a Grumbler will own that he
Is connected with it at all, you see.
The worst thing is that if anyone stays
Among them too long, he will learn their ways;
And before he dreams of the terrible jumble
He's adopted into the family of Grumble.
Explanation:
When people grumble about things and impose their negativity on others, they rarely notice the effect they are producing on other people. A very anxious person can get even more anxious when someone points out only the complexities of a situation. The poet says that it is very queer that the grumble family does not notice that they have been grumbling. It is important that the ones who make a mistake understand the depth of the mistake and acknowledge it.
When one is criticised for something or their mistake is pointed out, they are reluctant to accept it due to a fear of being judged. The poet says that the members of the grumble family do not accept or take the 'Grumble' as their family name. This shows that they know that grumbling is bad and understand its impact. But it is quite easy to look at other people's flaws and comment on them. We often, complain and brand other people with labels such as selfish, negative, unkind etc., without even realising that we might also be exhibiting the same characteristics. We do not own up to being a part of something wrong. Likewise, a grumbler does not own up that he is connected or has any part with the grumbling attitude. 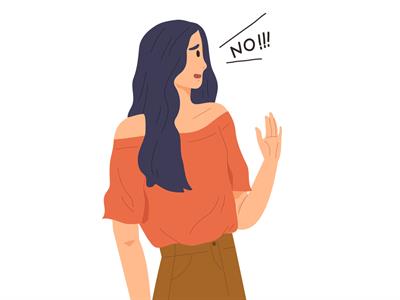 People deny that they are part of grumble family
There is a saying that 'Birds of the same feather flock together'. The company that one keeps is very important in shaping one's personality. When one associates with negative people, they also imbibe the character. This happens if they stay too long, as external circumstances have the power to influence one's mind. The poet says if one stays too long with the grumble family, they might also behave like that. They will slowly start learning the complaining ways and act like them. The person might not even recognise that they are being manipulated or impacted, and before they realise will get adopted into the grumble family, meaning that they would exhibit the same grumbling habit. People adapt the grumbling behaviour if they stay too long
Words with difficult meaning:
Reference:
State Council of Educational Research and Training 2019. Term 1 English Standard - 10. The Grumble Family - L.M. Montgomery (pp. 45 -49). Published by the Tamil Nadu Textbook and Educational Services Corporation.
Previous theory
Exit to the topic
Next theory
Send feedback
Did you find an error?
Send it to us!