‘No sign o’ nothing’, said the cop who had first spoken to mother, ‘The lady seems hysterical.’ They all nodded, but said nothing; just looked at me. In the small silence we all heard a creaking in the attic. Grandfather was turning over in bed. ‘What’s that?’ snapped Joe. Five or six cops sprang for the attic door before I could intervene or explain. I realized that it would be bad if they burst in on grandfather unannounced, or even announced. He was going through a phase in which he believed that General Meade’s men, under steady hammering by Stonewall Jackson, were beginning to retreat and even desert.

'There's no trace of anything,' remarked the cop who had initially spoken to the narrator's mother. He was addressing the fellow police officers. Referring to the narrator's mother, he also added that she appeared to be upset. The rest of the policemen nodded in agreement. They didn't say anything; instead, they simply stared at the narrator.
They then heard a creaking in the attic. In his bed, Grandfather was tossing and turning. 'What's that?' Joe exclaimed. Before the narrator could intercede or explain, five or six cops rushed towards the attic entrance. The narrator understood it would be horrible if they showed up unannounced, or even announced, before the grandfather. The narrator describes that the grandfather's mind was still stuck in the civil war. He thought they lived in a period where he thought General Meade's army were beginning to retreat and even desert because of Stonewall Jackson's constant attack. 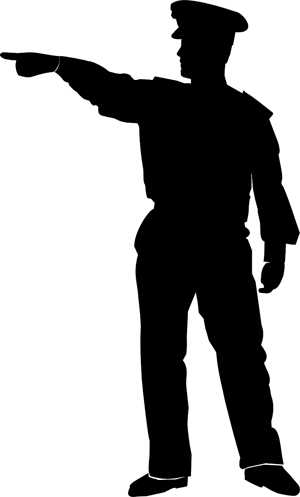 "What's that?", snapped Joe
Additional information:
The American Civil War (April \(12\), \(1861\) – May\(9\), \(1865\)) was a civil war in the United States between the Union (states that remained loyal to the federal union, or "the North") and the Confederacy (states that voted to secede, or "the South"). The central cause of the war was the status of slavery, especially the expansion of slavery into territories acquired as a result of the Louisiana Purchase and the Mexican–American War. On the eve of the Civil War in \(1860\), four million of the 32 million Americans (~13%) were enslaved black people, almost all in the South.
George Gordon Meade (December \(31\), \(1815\) – November \(6\), \(1872\)) was a United States Army officer and civil engineer best known for decisively defeating Confederate General Robert E. Lee at the Battle of Gettysburg in the American Civil War. General Meade*
Thomas Jonathan "Stonewall" Jackson (January \(21\), \(1824\) – May \(10\), \(1863\)) served as a Confederate general (\(1861\)–\(1863\)) during the American Civil War, and became one of the best-known Confederate commanders after General Robert E. Lee. Jackson played a prominent role in nearly all military engagements in the Eastern Theater of the war until his death, and had a key part in winning many significant battles.