7. Explanation of the poem "Sea Fever"

The speaker wants to travel desperately on a lonely sea without any one's company. He wishes to see only the sky over it. The speaker wants to travel on a lonely sea
The speaker expresses his feeling that he needs a sturdy ship to travel in the never-ending sea. He uses the phrase "a star to steer", which means that the sailor wishes the presence of stars in the sky. It shows him the right direction that he needs to follow. Stars lead the right path
When huge tides occur, the speaker kicks the wheel, and he assumes that the wind sings a beautiful song, and the movement of a ship makes him enjoy the sailing on the sea. 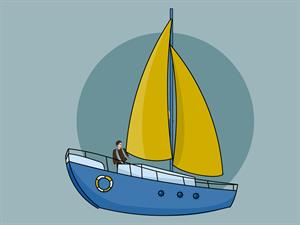 The speaker enjoys his sailing on sea
He intends to enjoy the early morning mist that rises from the sea along with grey dawn breaking on his adventure. 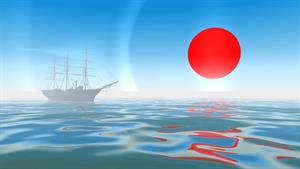 The speaker enjoys the morning mist
The line "I must go down to the seas again" is repeated thrice in the poem. It says that the speaker spent most of his time travelling in sea. He can hear a continuous call from the sea. The call is a kind of emotional bonding between the sea and the speaker. On hearing that, the narrator feels that it is unavoidable and he must return to the sea. 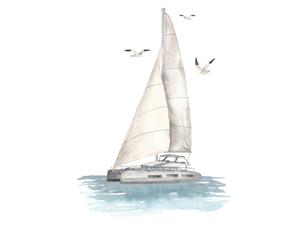 Wild and clear call from the sea
He also wishes that there would be strong winds making the white clouds fly. The strong winds would blow the clouds away and make his journey more comfortable.

Strong winds blow the clouds
He wants to see the fine drops of water blown by the foamy waves and wants to listen to the cry of sea-gulls. (Cry of sea-gulls) 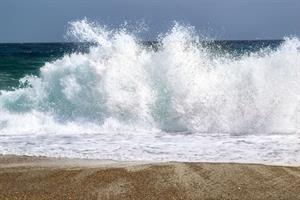 Foamy waves
The speaker wishes to lead a wandering gypsy life where no one can disturb him. He expresses his feeling that he wants to be free like a sea-gull and whale. Sea-gulls spent their lives over the shores. 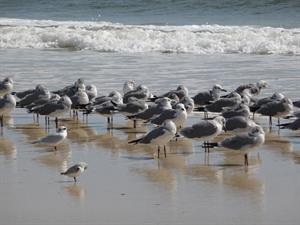 Sea-gulls over shores
Whales live closer to the surface of the sea and wander it throughout their own life. 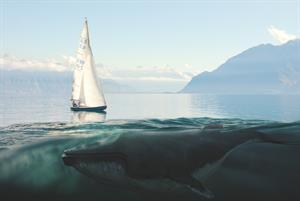 Whales over surface
"Wind's like a whetted knife". This line signifies the winds cooling sensation makes him feel that it is much powerful as a sharp-pointed knife. The poet compares the wind to a sharp knife. 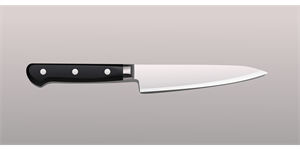 Wind is compared to a sharp knife

The speaker wants to hear exaggerated stories from a fellow wanderer. He likes to take a sound sleep and have a sweet dream at the end of his journey. He wants to be free from the busy world. 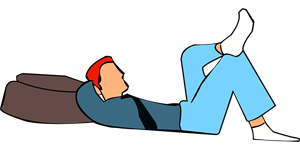 The speaker likes to take a sound sleep
Reference:
Cry of Sea-gulls: https://quicksounds.com/sound/4322/seagulls-medium-sea
Previous theory
Exit to the topic
Next theory
Send feedback
Did you find an error?
Send it to us!