1. The Foothold of British in India \
Fort William - Calcutta
FORT WILLIAM (KOLKATTA): This fort was built on the banks of the Hooghly river in 1696 by the BEIC under the name of King William III.
The Nawab’s First Blood 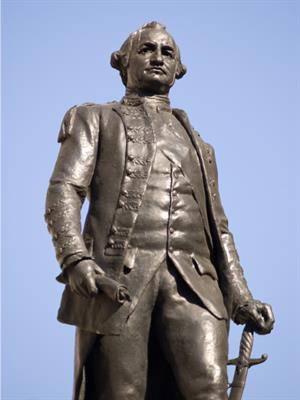 Robert Clive
Exit to the topic
Next theory
Send feedback
Did you find an error?
Send it to us!