Women of Modern India
The beginning of the \(\text{19th century}\) witnessed a Sea of Change in the lives of women. Ironically, the period also saw the surge in crimes and social evils committed on women under the British regime.
The height of subordination was seen under the British as they didn’t consider women as their equals. Harsh punishments were inflicted on women who took part in the agitations and protests.
The Wave of Change:
The Social reformers of the \(\text{19th century}\) played a pivotal role in the emancipation of women. The reformers of India were well acquainted with Western Education and thoughts.
They displayed the Western tenets which spoke about equal rights and education for women. The reformers undertook many reform movements in which the clause of empowering the Women took centre stage.
Some of the important reformers and their contributions to uplift women in the \(\text{19th century}\) are discussed below.
1. Raja Ram Mohan Roy
He was one of the highly regarded social reformers of the \(\text{19th century} who fought against the injustice of Sati, which was highly prevalent in society.
He called Sati the “Murder according to all Shastra’s”. Also, he was instrumental in making the Bengal government enact separate legislation named “Bengal Sati Regulation Act” in \(1829\), which criminalised the practice.
2. Karsondas Mulji
He was a vociferous advocate of women's rights, especially about the Widow remarriage. He established an Organisation named ‘Satya Prakash” in \(1852\), which advocated widow remarriage.
3. Wood’s Despatch Commission 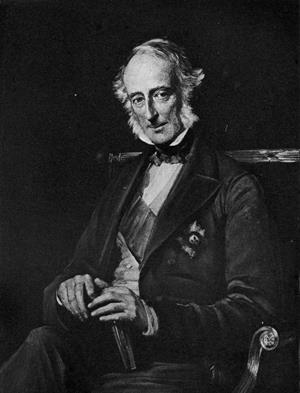 Sir Charles Wood
The Charles Woods Despatch commission was the education commission brought by the British to India, which stressed English education as well as Women Education.
Female Juvenile Societys: The Christian Missionaries during the British period were keen on spreading the education who went on to establish the female Juvenile society in Calcutta in \(1829\).
4. The Hunter Commission
The Hunter Commission was set up under Lord Ripon in \(1882\) which was also called the “Indian Education Commission”. It proposed compulsory education for women in Primary schools, teacher training institutes along with providing scholarships to encourage them.
5. Vishnu Shastri Pandit
He was a pioneer and a serious advocate of Widow remarriage who went on to establish the “Widow Remarriage Association” in the \(1850s\).
6. J.D.Bethune 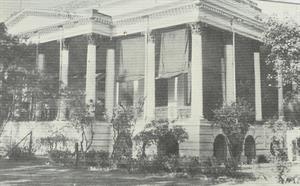 Bethune School
He served as the President of the Council for Education located in Calcutta. He laid great emphasis on the education for women, who later went on to establish the “Bethune School” in 1849.
Pandita Rama Bai: She was a staunch advocate of women's education in India, who went on to establish the “Arya Mahila Samaj” and she had pleaded for women's education, which culminated in the medical education of Women in Lady Dufferin College.
7. D.K.Karve:
He was instrumental in pulling the women out of their miseries through education as he established many schools across Poona. He also went on to establish “Indian Women’s University” in 1916.
Reference:
Charles Wood / Wiki Commons
Bethune School Building / Wiki Commons
Previous theory
Exit to the topic
Next theory
Send feedback
Did you find an error?
Send it to us!