1. Right against Sale or Trafficking
Every child in the country has the right to be protected from Trafficking or Sale. This completely deprives the right of a child to exist in a society. 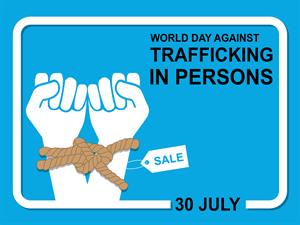 Various reasons like poverty, unemployment, social disgrace are cited as the reasons for selling a child. These children are mostly taken across borders and are made to be involved in anti-social activities.
Article \(23\): This article prohibits the trafficking of human beings and making them employed in forced labour.
Legislations like “Immoral Traffic Prevention Act of \(1956\)” enacted by the legislators, protect the children of the country from such immoral activities.
Most of the trafficked children are subjected to sexual exploitation and drug abuse.
2. Right against Sexual Exploitation
It is the moral duty of a Citizen of the country to protect a child from being exploited sexually. Most of the children who are trafficked from one place to the other are highly subjected to the heinous crime of sexual exploitation.
The Perpetrator of the Crime against the children is mostly the close relative of the victim. The government of India has enacted legislation to prevent the barbaric crime that has been committed on Children.
CIF: The Child helpline “\(1098\)” is a \(24\) hours’ service which when called by a child assists. The Childline India Foundation (CIF) is a nodal agency under the “Ministry of Women and Child Development” monitors the helpline.
The “POCSO Act (Protection of Children from Sexual Offences act)” enacted in \(2012\) is a gender-neutral act that gives protection to both male and female children.
Women Rights in India: The Women of India are an integral part of the society who were deprived of their rights in the earlier periods. Slowly the equality of rights was bestowed upon them when years passed.
After the \(19^{th}\) century, women slowly gained their rights and held various top positions of the country from Prime Minister to President.
NCW: The national commission for women is a statutory body established in \(1992\) under the “National Commission for Women Act \(1990\)”. It provides legal and constitutional provisions for the women of India.
Legal Provisions supporting Women:
The Reservation policy provides equality for women among men in the state. Tamilnadu is one of the states which offers the highest reservation that stands \(69\%\) in employment and education for the communities in which women get their fair share.
Other Constitutional provisions such as Article 14 (Right to Equality), Article \(15\) (Prohibition against discrimination), and Article 39 B (Equal Pay for Equal work) allow women their righteous claims in society.
The below Pie-Charts denotes the split of reservation policy in the state of Tamil Nadu.

Reservation policy - Tamil Nadu
The Transgender persons of Tamilnadu are given special reservations within the Schedule castes, and they are called the “Arunthatiyars” and are categorised under the most Backward Class.
Previous theory
Exit to the topic
Next theory
Send feedback
Did you find an error?
Send it to us!