A silly young cricket, accustomed to sing
Through the warm, sunny months of gay summer and spring,
Began to complain when he found that, at home,
His cupboard was empty, and winter was come.
Not a crumb to be found
On the snow-covered ground;
Not a flower could he see,
Not a leaf on a tree.
Explanation:
The poem talks about a cricket that was young and not so wise. A cricket is an insect that looks similar to a grasshopper. The fable clearly starts off by describing the cricket as silly. This gives a foreshadow of what the ending might be, that the cricket might perform a silly action, producing consequences.  He had the habit of singing during happy times and is accustomed to it. This shows that he is not used to the sad times. He does not accept that life offers both happiness and sadness together. He is only happy when life offers good things and has no thoughts about the future. 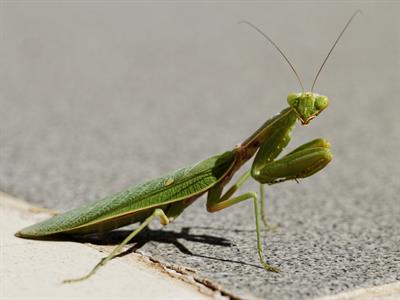 A cricket
During the spring and summer seasons, the warm sunny weather allowed lush green vegetation, and all living beings got adequate food and water. Summer and spring is the season of growth and warmth. Most animals gather food during this season and hibernate during the winter. Winter is a season where farmlands are covered in snow and there is stunted growth. It is also because of the body temperature of certain animals and insects that they rest in winter with the accumulated food. The poem starts with the description of a very fresh summer with all things chirpy and positive, with the cricket being in its happy place. But the tone shifts in the third line when there is a seasonal change.

Plants covered in snow during winter
In contrast to summer, during the winter months - the whole place was covered with snow. There were no plants, leaves or flowers in sight. Therefore the cricket found it hard to find food at such times, as its main source of food is plants and leaves. The cricket which enjoyed during the active warm months failed to store for the future. He opened the cupboard and found it empty - there was not a small piece of food to be found, because he had not saved any food. Winter had started, and now only the cricket realized that he had not stored food. He wondered what would happen to him because he did not have any food.
Meanings of difficult words:
Reference:
State Council of Educational Research and Training 2019. Term 1 English Standard - 10.The Ant and the Cricket - Aesop's Fables (pp. 115 -119). Published by the Tamil Nadu Textbook and Educational Services Corporation.
Previous theory
Exit to the topic
Next theory
Send feedback
Did you find an error?
Send it to us!