Kids often simply rush across the street as they want. Teach the kids never to cross or walk along the road. Have you ever crossed roads alone? Do you follow the rules properly while crossing the road?

Road languages include signs, markings, traffic signals, and other traffic devices that are used to direct drivers and other road users. Traffic signs are used to control traffic, alert drivers to dangers, and direct users of the road.

In Britain, the pedestrian crossing was introduced in \(1934\). Dotted lines were used to identify the roadways.

There were striped Belisha beacon light poles on the pavement that were so named in honour of L. Hore-Belisha, the British Minister of Transport. After World War II, the black and white striped zebra crossing was created.

Every road user, whether a pedestrian, two-wheeler rider, or driver of a four-wheeled vehicle should know these traffic controlling devices and should be aware of what they signify. 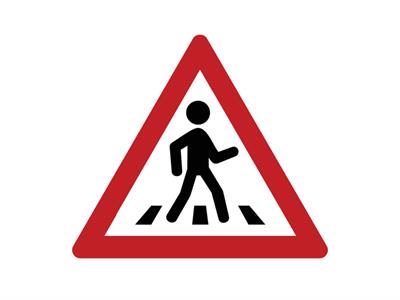