Universal Declaration of Human Rights
It was a watershed moment in the history of Human Rights as the UNDR was declared on \(\text{December 10, 1948}\), in the Paris Assembly as a common standard for human rights (UNGA resolution \(217 A\)).
This Milestone document was created with people from numerous cultural, religious and geographical backgrounds who brought the plurality to the declaration.
UDHR: It is believed that the declarations had paved the way for the establishment of more than 70 human rights treaties to date.
The UDHR spells that the “Fundamental Human Rights” are to be protected Universally for the first time. The document had been translated into more than \(500\) languages.
The Universal Declaration consists of “\(30\) Articles”, which speaks about humans' social, economic, cultural, civil, and political rights irrespective of their background.

1. Social Rights
Social rights are ensured by the Universal declarations, which enable the participatory function among the society. These rights are inherent to the humans who constitute a society. The social structure of a society is built upon the values of its participants.
2. Economic Rights
Economic rights ensure the economic freedom to perform any economic activity for sustenance and livelihood. The declaration enables the right to work, bringing an egalitarian society with equal economic opportunity for all.
3. Cultural Rights
Cultural rights give the people the freedom to practice and profess any religion of their liking without any constraints. Every human has the right to preserve their culture and enjoy the benefits of the culture.
4. Civil Rights
Civil rights guarantee physical and mental integrity for humans, including protection from discrimination, life, and safety. Any infringements from the Government, Private or other organizations or individuals are defended. 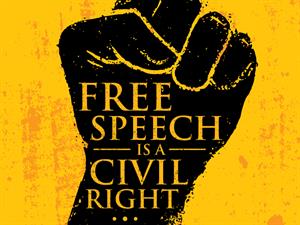 Civil Right
5. Political Rights
Political rights enable a citizen to participate in a state's political functions. It allows a human to be part of the democracy by enabling voting power and his right to express, condemn, and Self-defense.
Previous theory
Exit to the topic
Next theory
Send feedback
Did you find an error?
Send it to us!